Information sourced from John R Cutland’s booklet; The Story of Ferrytown of Cree and Kirkmabreck Parish

Creetown is a small village that lies where the Balloch and Minnipool burns converge and is nestled between the estuary of the River Cree and Cairnsmore hill in the parish of Kirkmabreck, Dumfries and Galloway, South West Scotland. Originally the settlement was first recorded as ‘Creth’ in about 3000 B.C. by Neolithic nomadic farmers. They brought sheep and goats with them and grew cereals on the banks of the Cree by clearing the ground and digging, until the soil became exhausted, forcing them to move on. Many burial chambers, known as cairns, and stone circles dating from this time are to be found today near the village.

From about 1684 the village was known as Ferrytown, or ‘Ferry Toon o’ Cree’, as boats used to pass across the Cree between Ferrytown and Wigtown on the other side of the bay. 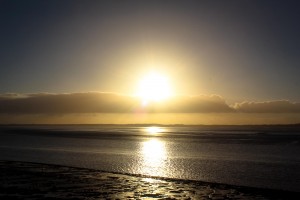 The crossing points would vary according to how the River Cree altered its course; however it is thought that a hawthorn bush on the banks of the estuary marks the place where travellers to the remote west were ferried across to Wigtown. The bush is still to be found there today on the bridleway near the shore and is known as ‘The Ferrythorn’.

Ferrytown was also used as a landing point for smugglers; bringing spirits, tea and tobacco to the caves of this craggy coastline. For the first half of the 19th century, Creetown’s little harbour was well frequented with trading vessels and it is thought that there must have been a boat building yard, as a 51 ton sloop was built there in 1816. However, during the latter part of the 19th century, the activity of the port declined rapidly, mainly due to the coming of the railways and was used only for pleasure boats.

Sea and river fishing has always been a source of income for inhabitants. During the 18th century, Ferrytown fishermen caught mainly salmon in the spring and summer and cod, flounders and whiting by means of coops or creels, in the autumn and winter. By the 19th century, stake nets, bag-nets, draught-nets, fish-yards and hauf-nets were used to catch salmon, spirling, flounders and herring. By the 20th century only salmon fishing remained and nowadays salmon goes to the local dealer to be made into smoked salmon, or sold fresh.

The Kirkmabreck Parish has long been famous for the quality of its granite. All the large estate houses and many smaller cottages in the village were built with it. It was quarried at the Glebe and Barr quarries and the Liverpool Dock Company leased the Glebe quarry in 1831 to use the material to build the Liverpool docks we see today. From 1831 onwards, 11 vessels had been employed to carry granite from the Creetown quarry to Liverpool. 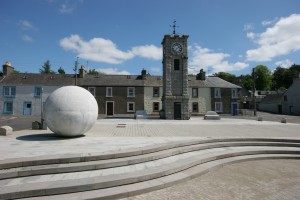 Between 1831 and 1848 the number of voyages to Liverpool varied between 40 and 289 per year, however three ships to Liverpool foundered within the first few years of the trade. By 1834 450 workmen were employed at the quarry and by 1903 the quarry ceased to serve a useful purpose for the Dock Board, so in 1908 the Scottish Granite Company took it over. All visits to the quay by ships ceased in 1991 and since then the granite was transported by road.

The Barr quarry granite was used mainly for memorials, curling stones, paving stones and building fronts and rollers for the print and food industries. Granite was transported via rail from Creetown station and some of the famous buildings constructed from Creetown’s granite are St Andrew’s House in Edinburgh, Dundee Town House and Bowater House in London.

John McCulloch of Barholm House was influential in the development of another crucial industry in Ferrytown; milling. A lead shot mill was erected about 1770 near the present bowling green.In 1781 John Kerr and Andrew Richardson were encouraged to start a tannery at Blacklands (now Crossford House). John McCulloch let the lands for buildings and pits and granted permission for water and stones to be taken from the Moneypool burn. By 1802 the tannery was being run by James McMiken. In 1790 a cotton mill was started on the Balloch burn by John McCulloch. It was three storeys high and in 1795 employed 35 women. Also in the village was the Barony grain mill, built in Mill Street in 1766, which was fed by water running down a lade from the Balloch burn. This is now the doctor’s surgery in the village.

Burgh of Barony of Creetown

On 13th August 1792, John McCulloch used his influence to organise a ceremony at Barholm House in order to have Ferrytown of Cree erected into the Burgh of Barony of Creetown. This enabled certain lands, including Barhassie, part of Burns, part of Spittal and Clynes to be granted to him and his heirs and also some rights, including patronage of the parish church, right of crossing the Cree by the ferryand the dues of the harbour and mill. The formation of the Burgh of Barony of Creetown also created certain privileges for the inhabitants, for example to hold courts and to hold fairs where horses, fish, bread and other marketable goods could be sold. The village ceased to exist as a burgh under the Police (Scotland) Act of 1892 and was then on known as Creetown.

We Will Remember Them

Many Creetonians lost their lives during the First World War, causing the village to become a very close knit community. 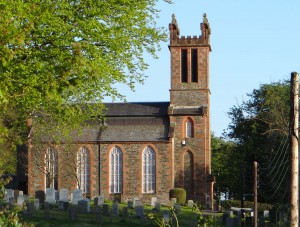 A number of organisations and clubs were begun, including an amateur dramatic society and choir and during the Second World War, local community members worked together to produce a community newsletter to send to each man and woman from Kirkmabreck parish serving in the war. It was called the Ferry News Letter, issued quarterly and was reinstated by Creetown Initiative in 2007 to continue to communicate local news to community members. Also, the Ellangowan Hotel in Creetown was also one of the locations used for the making of the cult film ‘The Wicker Man’ in 1972.

Nowadays approximately 650 live in the village and surrounding farms.